The Indian Test skipper Virat Kohli and his actor wife Anushka Sharma, who welcomed their daughter on the 11th of January this year, hasn’t yet revealed the face of their daughter. They have consciously kept their daughter Vamika’s identity under the wraps. In fact, they have ever since requested the paps as well as their fans to respect their need for privacy in this matter.

The only pictures that had gone up from their personal accounts so far also didn’t reveal the face of their daughter and they liked to keep it like that. In fact, the fans and the paparazzi have always been very conscious about the same.

Recently, as the couple was traveling to South Africa, Vamika was spotted by the cameras in the arms of Anushka Sharma at the Mumbai airport. Though Virat had especially urged everyone to not click pictures, but Vamika’s face was revealed in a few pictures. In no time, the pictures of Vamika began to circulate on social media. However, this time the reactions of the fans to the leaked pictures were different and heartwarming. 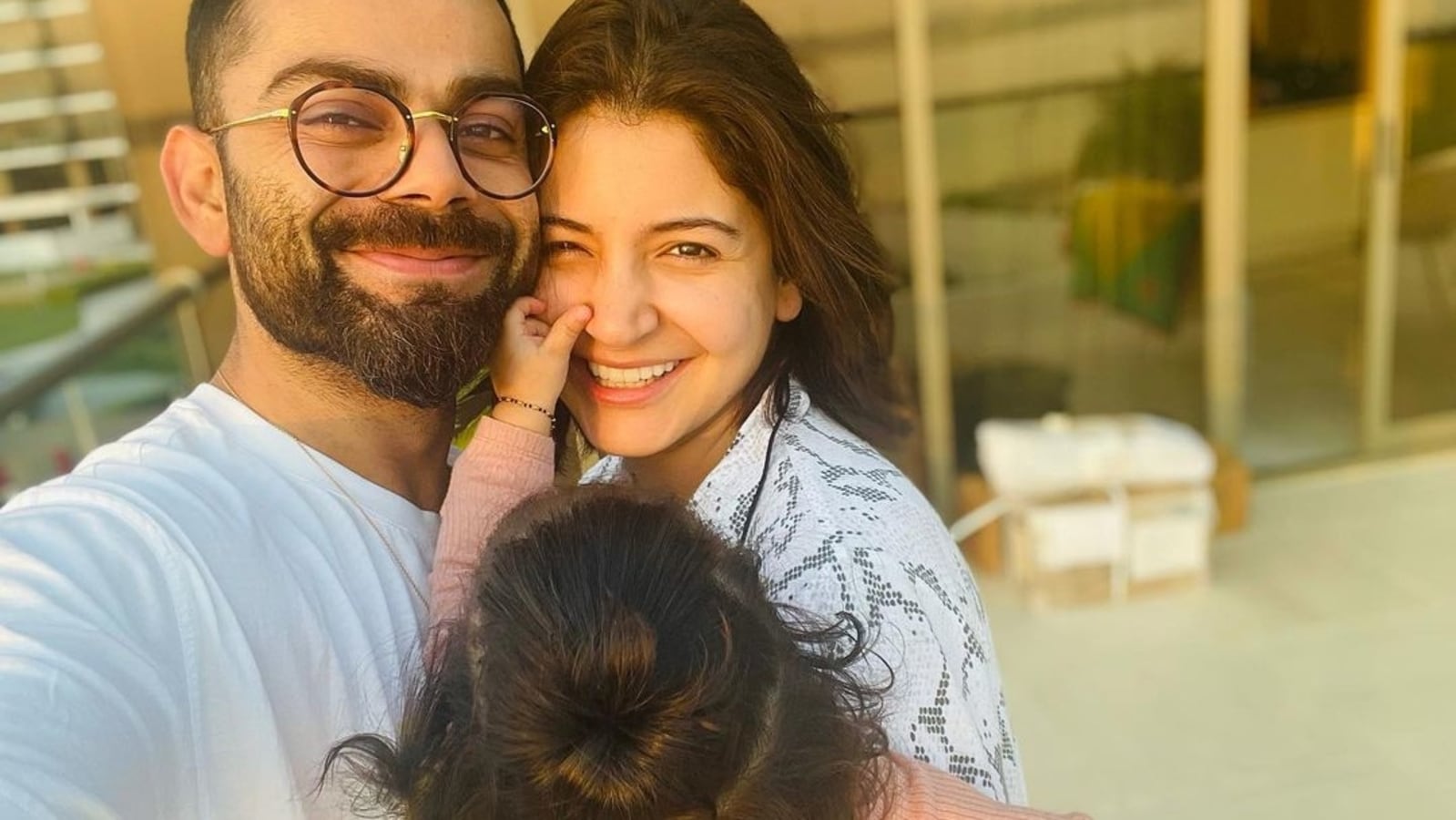 Instead of making those pictures go viral, the Indian cricket fans joined hands and started urging people to boycott or report accounts that revealed that pictures of Vamika. Fans even requested paps and fellow internet users to respect the parents’ need to keep her pictures private.

Meanwhile, as a lot of publications and paps decided to not circulate the pictures of Vamika, and some even took the posts down, Anushka Sharma took to her social media to thank them for their cooperation. She also revealed how they seek privacy for their child and want their best to give her a chance to live freely away from media and social media and that is the reason why the couple doesn’t want to reveal the identity of the child. She wrote:

“We are deeply thankful to the Indian paparazzi and most of the media fraternity for not publishing pictures/videos of Vamika. As parents, our request to the few who carried the images/video will be to support us going forward. We seek privacy for our child and would like to do our best to give her a chance to live her life freely away from media and social media. As she is older we cannot restrict her movement and hence your support is needed so kindly practice restraint in the matter. A special thank you to fan clubs and people of the internet for going out of your way to not post images. It was kind and highly mature of you.” 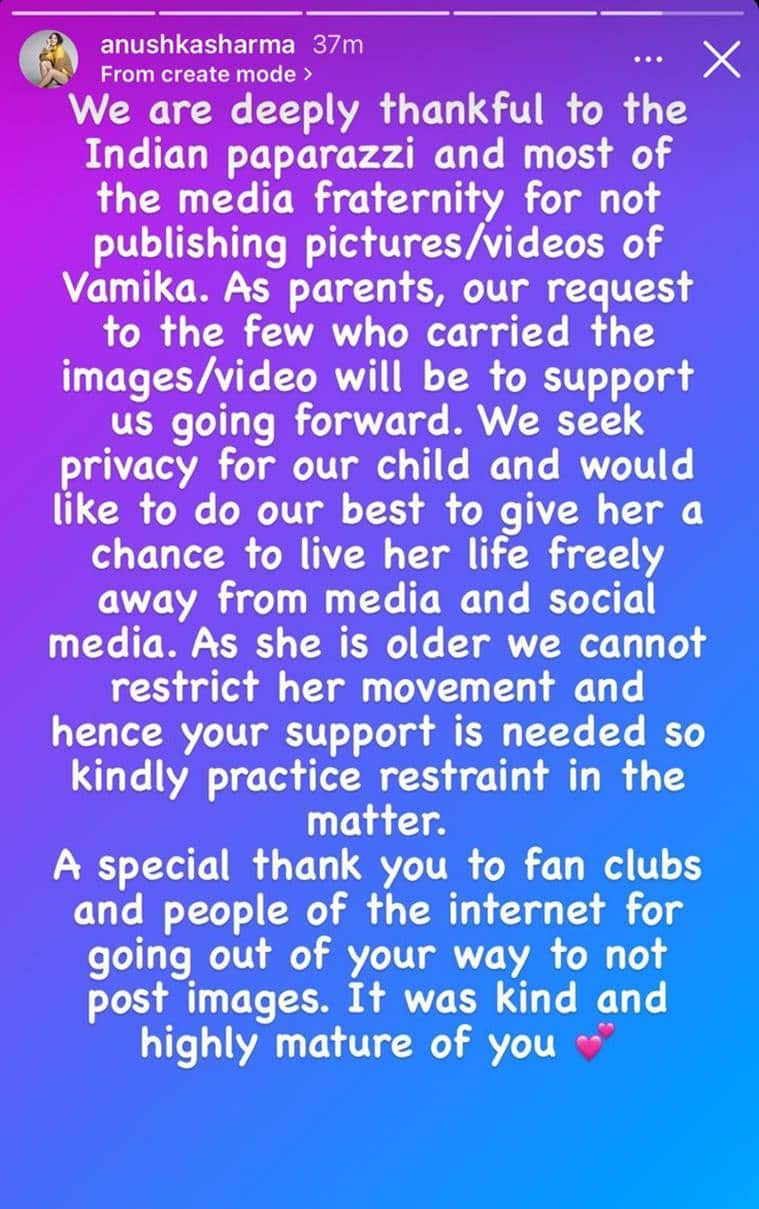