Virat Kohli notched up his 45th ODI century on Tuesday, under the serene, sweet, dipping sun in Guwahati, entertaining the crowd and his billion fans with a beautifully paced, charged-up knock against his favorite opposition, Sri Lanka.

The 34-year-old, who has entered in the last phase of his career, has returned back to his best, having recorded his 44th ton in his previous ODI innings, against Bangladesh to end the year 2022 on a high. 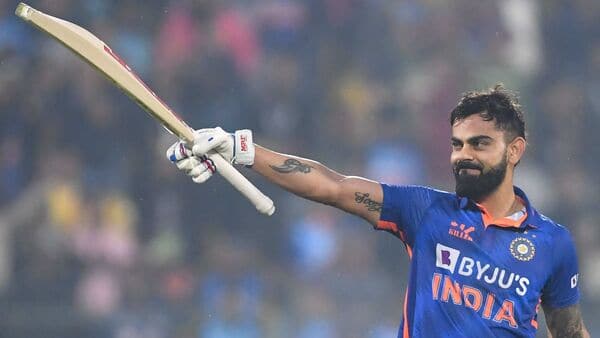 Virat Kohli had the slice of luck today: Kohli was dropped twice during his innings

Virat Kohli rode on his luck today heavily as he was given two lives today by the Lankan fielders - maybe they too wanted the ‘King’ to hit a big one today. First, Kusal Mendis, the wicket-keeper, dropped a sitter in the 37th over when Kohli was on 52; then, the skipper Dasun Shanaka himself gave Kohli a reprieve, on the last ball of the 43rd over, when Kohli was on 81. He made the visitors pay big time for their slip-ups in the field.

After completing his innings, Kohli reflected on these two dropped catches, saying that when a player gets such chances, they need to make the most out of it, as Kohli did today.

“I would take those (dropped chances) any day. Luck plays a big part, you need to thank god on such evenings. These evenings are important, pretty aware of that. Thankful that I made the most of that luck presented to me,” Kohli said, speaking to the broadcaster, after his knock.

And like his previous centuries, his hard running and fitness were on display today as well. Speaking of his fitness, Kohli said: "I am quite aware of what I eat, diet is the most important thing at this age. That keeps me in prime shape. That helps me give my 100 percent for the team."

Kohli is now only 4 ODI centuries behind Sachin Tendulkar's tally of 49 ODI tons, and is primed to break that.