In the past few months, there were great signs that Virat Kohli had been returning to his best. None bigger than Sunday’s blockbuster knock against Sri Lanka, where the 34-year-old ran riot against the hapless Lankan bowlers in Thiruvananthapuram to clatter 166* off 110 balls, in the process smoking 13 fours and 8 sixes.

One of those sixes reminded fans of former skipper MS Dhoni as Kohli bludgeoned a semi-helicopter shot to pacer Kasun Rajitha that went for a 97-metre sixer!

After reaching his century, Kohli turned on his beast mode and was clattering the Lankan bowlers to all parts of the Greenfield International Stadium.

In the 44th over, he skipped down the pitch to Rajitha, who tried to deceive Kohli with a slower full ball. But this is Kohli, returning to his imperious best. Despite jumping out of his crease, Kohli waited for the ball to arrive, and smacked it over long-on with fearsome power coming from his bottom hand.

In the follow-through of his bat, that bottom hand power twirled the bat and his arms in the motion of Dhoni’s famous helicopter shot. It even brought a smile to Kohli’s face. 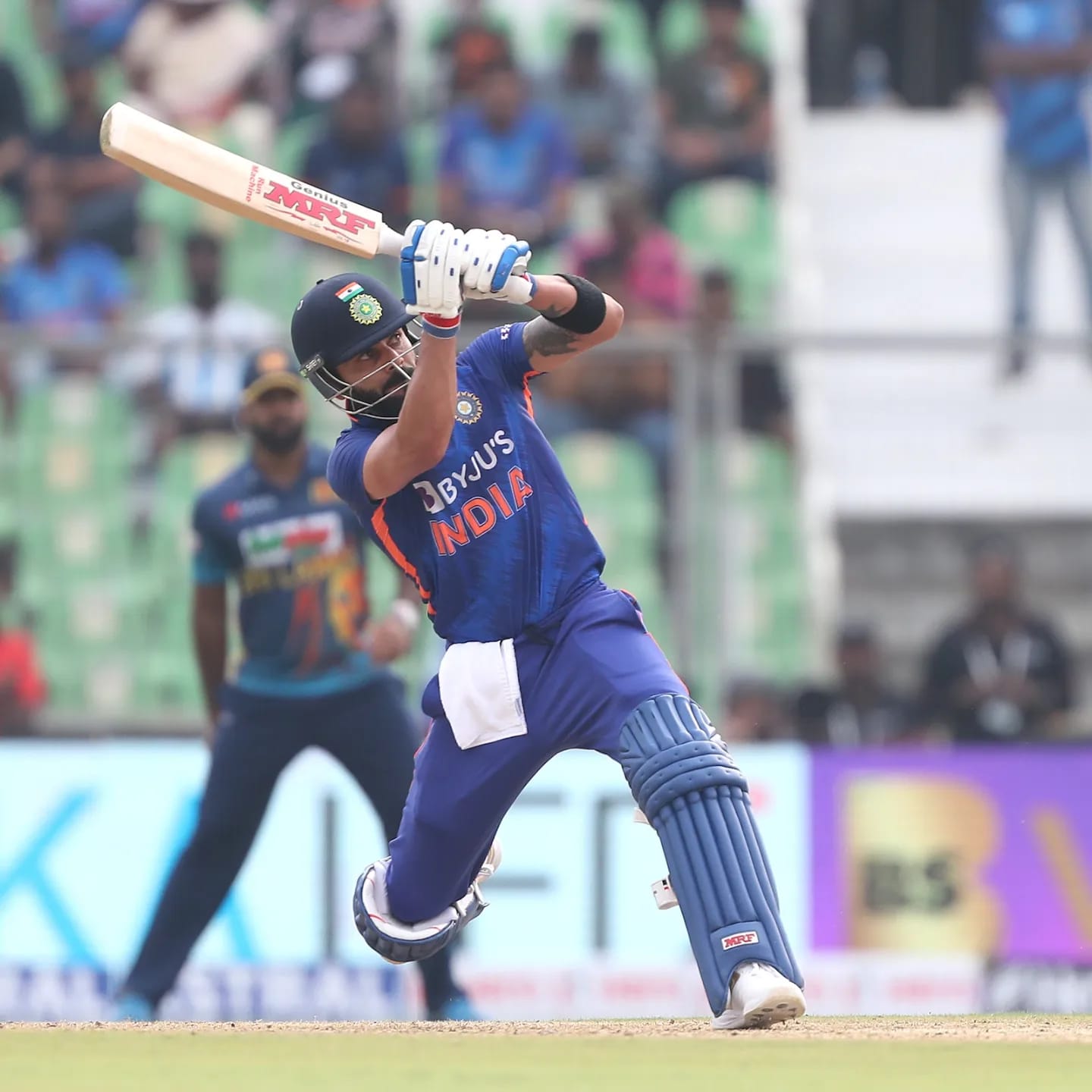 The BCCI uploaded the video of Virat Kohli’s Helicopter six:

This was Virat Kohli's 3rd ODI ton in 4 innings, following up from the one in Bangladesh in the 3rd ODI and in the first ODI vs Sri Lanka.

Centuries from Shubman Gill (116 from 97) and Virat Kohli helped India amass 390 on the board. Sri Lanka, in reply, surrendered without a fight, and were bowled out for 73. India sealed the series 3-0 with a gigantic victory margin - 317 runs which is the biggest victory margin in the ODI history in terms of runs.

"For me, it's just a byproduct of the intent I have, mindset that I play with. Mindset is always to help the team win, bat for as long as possible and if you do that, you end up making a difference. I have always played for the right reasons, help the team as much as possible. It is just intent, playing for the right reasons. Ever since I came back from the long break, I have been feeling good. I don't have that desperation to get to a milestone. I am just enjoying my batting, being in a space where I can relax. Today as well, I was just happy to be out there batting," Kohli said at the post-match presentation.