Leading the batting charge against Sri Lanka in the 3rd T20I at Rajkot, Indian middle-order Suryakumar Yadav produced an incredible performance as he registered the 3rd T20I century of his career. Suryakumar, who is currently the World No.1 batter in the shortest format of the game, completely stole the show with his batting heroics as he played a stunning knock to make sure India outclass Sri Lanka in the T20I series decider at the Saurashtra Cricket Association Stadium.

Launching an all-out attack against the Sri Lanka bowlers, Suryakumar Yadav smashed the Sri Lankan bowlers to all the corners of the ground. He played an unbeaten knock of 112 off 51 deliveries, which was laced with seven fours and nine sixes. He showcased his trademark shorts as he notched his third T20I century.

After reaching his half-century in 26 balls, SKY took only 19 balls to reach the triple-figure mark. He remained unbeaten and ended the innings in style by hitting a six and a four off Chamika Karunaratne in the last over. Interestingly, this was SKY's third century in the shortest format of the game and also the second-fastest century by an Indian cricketer in T20Is. 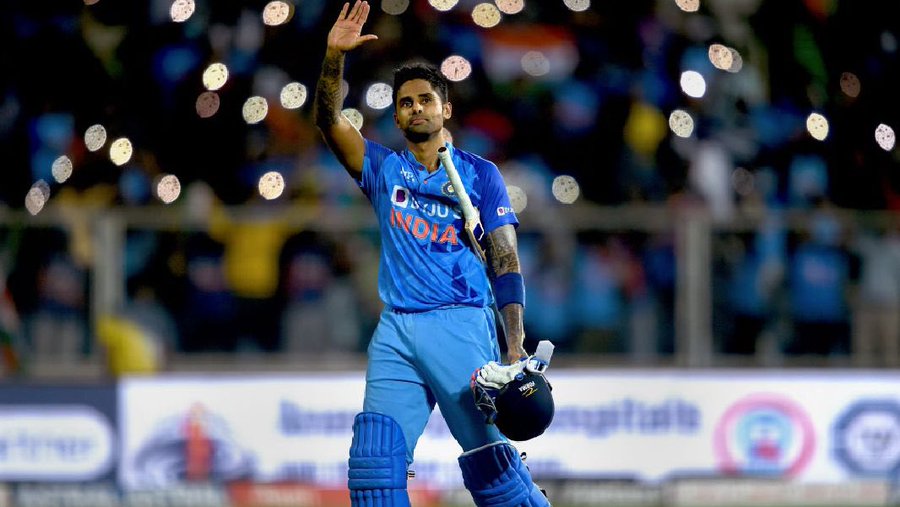 Meanwhile, Surya has once again managed to trend on social media all thanks to his splendid performance. From cricketers to experts and fans, everyone is hailing the amazing knock of SKY. However, one tweet has won everyone's heart on Twitter and it came from the very popular Prafull MBA CHAI WALA.

After SKY's powerful performance against Sri Lanka, MBA CHAI WALA took to his social media and wrote the best tweet for the Indian batter. In his Tweet, Chai Wala hailed SKY as India's M.360-degree and praised him for his fastest century. He wrote:

"SKY touching the skies. @surya_14kumar knocks the fastest ton for a non-opener Indian. He took 45 deliveries to reach the century while batting at number 4. Truly, Mr. 360° of India! Keep shining, keep winning!🇮🇳❤️ #SuryakumarYadav"

SKY touching the skies. @surya_14kumar knocks the fastest ton for a non-opener Indian. He took 45 deliveries to reach the century while batting at number 4.

SKY touching the skies. @surya_14kumar knocks the fastest ton for a non-opener Indian. He took 45 deliveries to reach the century while batting at number 4.