SKY Reacts To Virat Kohli's Message In A Special Way

Indian batting maestro Virat Kohli and middle-order batter Suryakumar Yadav have left the fans in awe of their bromance. In 2022, both Virat and SKY have forged key partnerships together for the Indian team across both limited-over formats.

On Saturday, Virat wasted no time in congratulating his batting partner Suryakumar hours after his sensational century which helped the Indian cricket team defeat Sri Lanka by a huge margin of 91 runs in the 3rd T20I match in Rajkot. SKY played a stunning knock of 112 not out off 51 balls for his third T20I century and steered team India to a mammoth total of 228 runs for five, making the job easier for his bowlers. 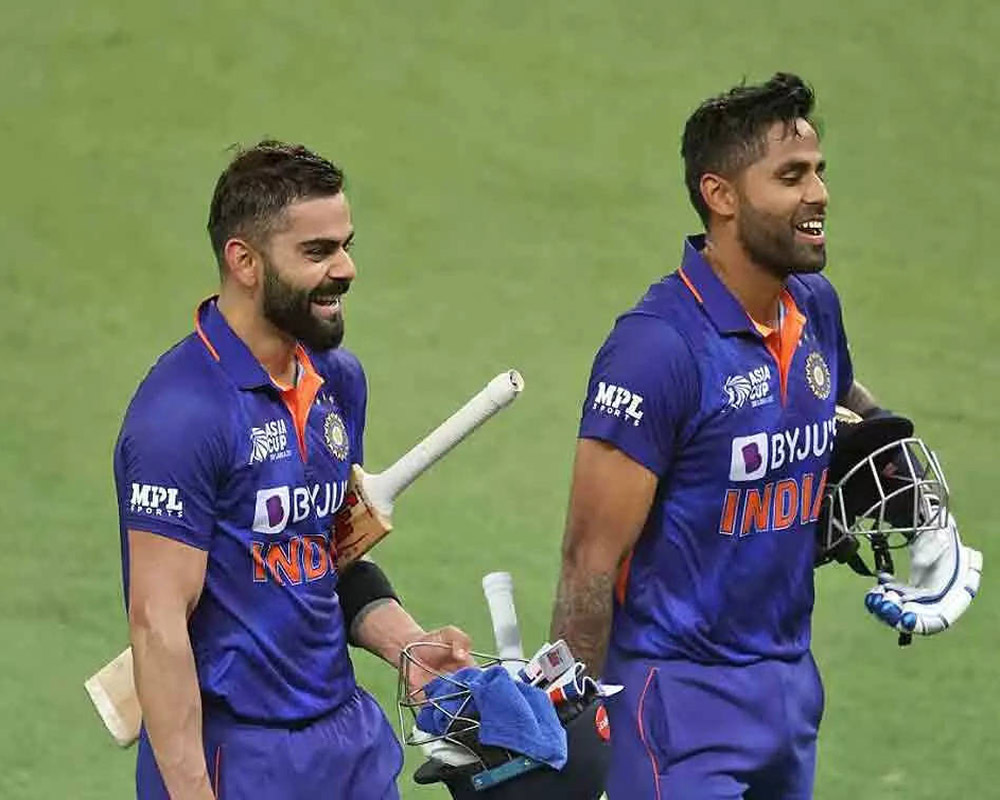 During his stay in the middle, SKY toyed with the Sri Lankan bowlers as he smashed them to all the corners of the ground. His stunning knock of 112* runs was laced with seven fours and nine sixes.

While social media was abuzz with amazing reactions to SKY's knock, it was the reaction of the Indian batting maestro Virat Kohli, that stole all the attention on the internet. Reacting to the stunning century of SKY, Kohli took to his social media and shared a picture of SKY which also had two fire emojis and two applauding emojis. 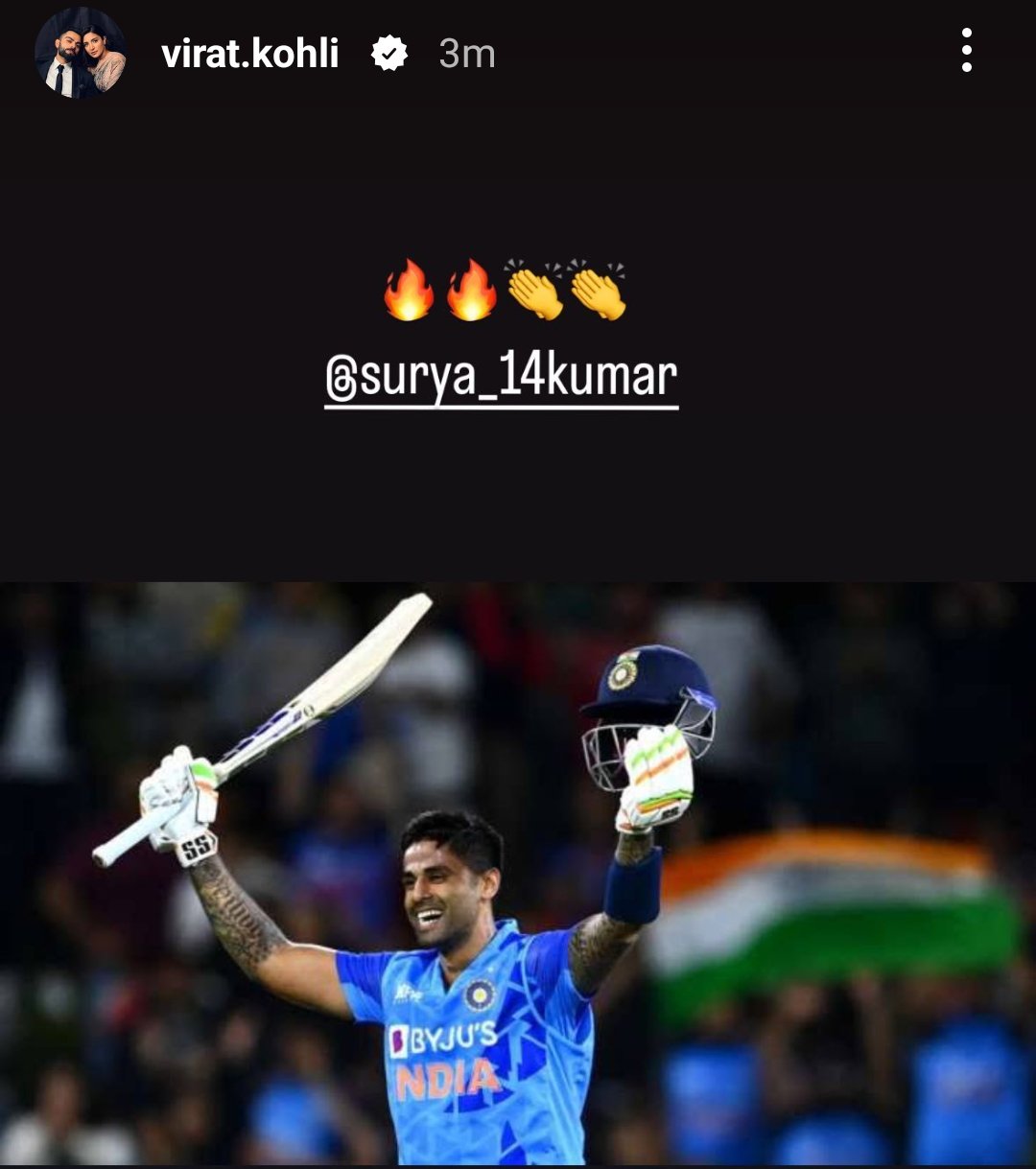 Later on, Suryakumar Yadav was over the moon when he realized that he was congratulated by none other than King Kohli for his scintillating knock. In a video shared by the BCCI, Suryakumar Yadav can be seen reading the message after which he replied to it. He said: "Oh baba, look who has posted a story!”

Further, in his reply to Virat, SKY wrote: "Bhau, bohot saara pyaar. See you soon (which roughly translates to: Brother, lots of love. See you soon!)”

In the same video, SKY can be seen cheered by the Rajkot fans after which he was shown making the way into the dressing room. He was then seen reacting to Kohli's Instagram story. Thereafter, on his way out to the bus, he was again see cheered by the fans. Once upon reaching the hotel, where the team is staying, he was seen cutting the cake which was specially made for him.

Unparalleled love for SKY from his fans as he signs off from Rajkot 🤗#TeamIndia | #INDvSL | @surya_14kumar pic.twitter.com/wYuRKMNv1L

Well, the lethal duo of Kohli and SKY will be again seen back in action when these two will turn up for the upcoming three-match ODI series against Sri Lanka. The ODI series will kickstart on January 10 in Guwahati, and the next two matches will then take place in Kolkata and Thiruvananthapuram on January 12 and 15.